1. The imaginative, hilarious, and moving memoir of a 43-year old woman coping with both Parkinson’s disease and breast cancer. With irreverent and at times mordant humour, Most of Me chronicles Levy’s early, mysterious symptoms of Parkinson’s (a dragging left foot, a frozen left hand, and a crash into “downward dead dog” position on the yoga mat), and her life dealing with her diverse disease portfolio. Both heartbreaking and hilarious, Most of Me offers a unique glimpse into a creative mind and the restorative power of humour and fantasy (adapted from CBC books). You can check out my previous review HERE! and her wonderful blog HERE!

2. Combining his trademark ironic sensibility and keen sense of the absurd, he recounts his life — from his childhood in a small town in western Canada to his meteoric rise in film and television which made him a worldwide celebrity. Most importantly however, he writes of the last 10 years, during which — with the unswerving support of his wife, family, and friends — he has dealt with his illness. He talks about what Parkinson’s has given him: the chance to appreciate a wonderful life and career, and the opportunity to help search for a cure and spread public awareness of the disease (adapted from goodread.com). Please check out the Michael J Fox Foundation to see how you can get involved!

3. Kondrake writes a deeply personal and bracingly honest account of how he and his wife, Milly, have coped with her diagnosis of Parkinson’s disease. Milly’s passionate enjoyment of life made it very difficult for her, at the age of 47, to accept a doctor’s opinion in 1988 that the tremors she was experiencing were the beginnings of Parkinson’s disease. The Kondrackes finally came to terms with Milly’s condition and began searching for a treatment. Milly underwent several operations and has had various drug therapies, but her condition continues to worsen. She is now dependent on others for physical care and can barely communicate. Kondracke provides a harrowing overview of how organizations for other diseases such as AIDS or breast cancer compete with Parkinson’s advocates for badly needed research dollars (adapted from publishers weekly). You can check out my previous review HERE!

4. Inspired by her father’s (boxer Muhammad Ali) interaction with her children, Rasheda Ali wrote this book to address most commonly asked questions from children who may not understand why their loved ones with Parkinson’s disease behave in certain ways. Written for adults to read to children, the book encourages dialogue through the use of colorful illustrations, situations depicting symptoms, and interactive questions. Medical facts are provided at the end of each page to help readers answer children’s questions with greater ease (adapted from amazon). 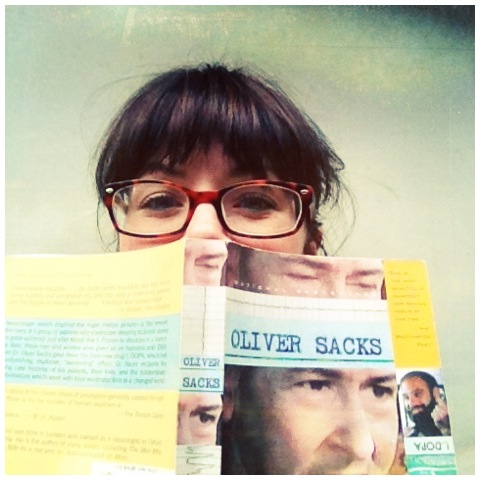 keeping my nose in the books!

The remarkable story of a group of patients who contracted encephalitis lethargica after World War I. The patients were frozen for decades in a trance-like state. The catatonic behavior of the encephalitis patients is similar to that of Parkinson’s patients, so Dr. Sacks (or Sayer in the book, played by Robin Williams in the movie version) investigates the latest advances in Parkinson’s treatments. In 1969, Dr. Sacks/Sayer gave them the then-new drug L-DOPA, which had an astonishing, explosive, “awakening” effect. However, patients who are treated with the drug develop a tolerance for it, and soon his patients return to their former state. Dr. Sacks recounts the moving case histories of his patients, their lives, and the extraordinary transformations which went with their reintroduction to a changed world. I love Robert De Niro’s character Leonard Lowe in the movie version (see the trailer below)!

**note: click on number to be taken to where you can purchase these great reads!

How many of us make it a daily ritual of grinding and brewing a cup at home, or swinging by our local coffee spot?

Well, now research is showing that not only are coffee-drinkers less likely to develop Parkinson’s disease, but that caffeine may improve motor symptoms in persons living with Parkinson’s …

The main idea: after giving people with Parkinson’s a caffeine dose (equal to 3 cups of coffee a day), significant improvements in motor symptoms (UPDRS motor score) were seen compared to those given placebos. It is thought that caffeine may block a brain receptor (adenosine A2 “antagonist”) and improve dopamine transmission.

Research : Caffeine for Treatment of Parkinson’s disease: an RCT (Neurology)

However, results should be interpreted with caution as the sample was small, trial was of short duration, and it’s hard to blind participants who received caffeine and who received placebo (hello, caffeine withdrawal headache!).

Well, cheers to that research! much love.

P.S. like coffee? check these out; the caffeinator, coffee and risk for PD, michael j fox foundation

there comes a point where we all have to face a challenge or we encounter a roadblock… and sometimes it takes stepping up to the challenge and doing the work, while other times the only thing to do is practice acceptance.

I read this quote from Michael J. Fox, in Parade magazine (READ HERE) on acceptance, and found it not only relevant to persons with chronic diseases, but also to the challenges we all may face at one time or another in our lives.

On accepting Parkinson’s.
“I don’t look at life as a battle or as a fight. I don’t think I’m scrappy. I’m accepting. I say ‘living with’ or ‘working through’ Parkinson’s. Acceptance doesn’t mean resignation; it means understanding that something is what it is and that there’s got to be a way through it. I look at it like I’m a fluid that’s finding the fissures and cracks and flowing through. 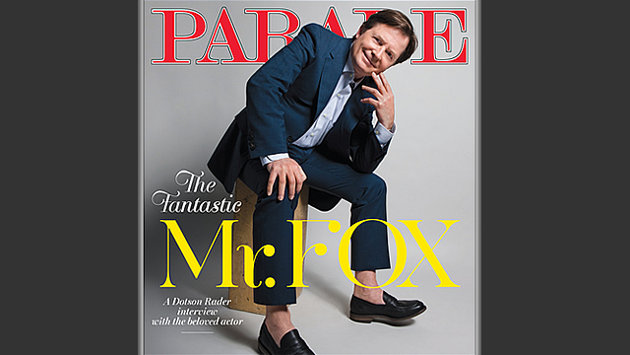 Pretty amazing perspective, from someone who not only has been ‘living with‘ Parkinson’s for 20 years, but has also single-handedly (well, his foundation) become the largest private funder of Parkinson’s research in the world!

April 1st marks the start of Parkinson’s awareness month… and promoting the Parkinson’s exercise revolution!! We’ll be exercising at this month’s Kelowna PD Support Group (April 5th, 7pm), and every Tuesday during PD Yoga classes at Moksha Yoga Kelowna, so don’t forget to join me!

and a new announcement from Parkinson Society BC

and don’t forget, in whatever challenges you face you are not alone. Much love. 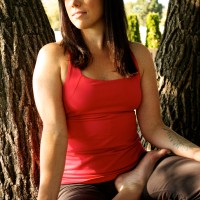