Parkinson’s disease is typically characterized in a clinical setting by the present of tremor, rigidity, bradykinesia (slow movement), and in the later stages, postural instability (balance).

Researchers from the University of Pennsylvania report ( JAMA Neurology) that the appearance of proteins in the spinal fluid may be the key to identifying affected patients early in the disease process, long before symptoms set in. The study results, which came from the Parkinson’s Progression Markers Initiative (PPMI) study. PPMI is sponsored by the Michael J Fox Foundation and aims to take biological measurements from 400 patients and 200 healthy controls to better understand the onset and progression of the disease.

The study found that people with early stage Parkinson’s had lower levels of the biomarker proteins amyloid beta and alpha synuclein.

It also distinguished between people with different disease presentations:

These promising results suggest we may be able to detect Parkinson’s with spinal fluid earlier, which could change the way it is diagnosed and treated. It also suggests for the first time that there may be different types of the disease with different potential treatments. This seems to support the hypothesis that Parkinson’s disease is a “spectrum”, and that people are diagnosed and face different disease along the “dopamine spectrum”.

This is definitely a step in the right direction. Having a biomarker to enable earlier detection and better disease management will improve the quality of life of all those involved. Really exciting! much love.

We lack biomarkers — objective biological metrics including imaging, biologic sampling, behavioural assessments — to measure the progression of Parkinson’s disease. But our smart phones may just be the answer to that! Organizations are focused on developing biomarkers for Parkinson’s, programs like the The Michael J. Fox Foundation for Parkinson’s Research and Parkinson’s Progression Markers Initiative (PPMI).

#2. Using a smartphone camera to detect hypokinesia— the frozen or stony face that many people with Parkinson’s display. 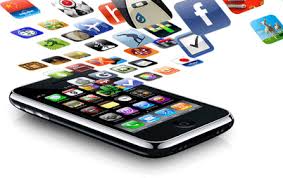 The Michael J Fox Foundation has gotten on board and are offering a research challenge to spur ideas for using patient data, collected using smartphones, in Parkinson’s disease (PD) monitoring and treatment. It is aimed at “developing opportunities for patients to contribute data about the real experience of Parkinson’s disease”. “Many symptoms of Parkinson’s disease can be simply and objectively measured with smartphones. We have such a data set and we’re challenging the research community to help us put it to use.”

What do YOU think is the best Parkinson’s biomarker to measure using your smartphone? What are some of your favourite apps that you can’t live without (or so it may seem sometimes?)? Please share in the comments below!

www.huffingtonpost.com/mobileweb/gene-gurkoff/mobile-phones-parkinsons-disease_b_2554137.html
www.michaeljfox.org/foundation/news-detail.php?smartphone-apps-to-help-you-manage-parkinson&utm_source=social&utm_medium=twitter&utm_content=patientprofiles&utm_campaign=smartphoneapp
Today I wanted to introduce an idea… that YOUR VOICE can help detect Parkinson’s. There are a few projects underway…
–
–
1. The Parkinson’s Voice Initiative was started by Max Little. He and his team developed a cheap and simple tool that uses precise voice analysis software to detect Parkinson’s with 99 percent accuracy. That means a simple phone call can help detect if there are subtle tremors in your voice, indicating Parkinson’s.
–
The idea behind Max’s study is to collect recordings from people in all different circumstances and test the ability to detect if they accurately have Parkinson’s or not…
Participants call in and tell the answering machine whether they can been diagnosed with Parkinson’s or not… then you proceed to open up and say “AHHHHH“. The vocal tremor is picked up with an algorithm.
–
–
2. Also, Shrivastav and MSU’s Department of Communicative Science and Disorders monitor patients speech patterns – specifically, movement patterns of the tongue and jaw – to track the progression of Parkinson’s. “In Parkinson’s disease, a common limitation is that the movements become slow and have a reduced range. We believe we see this pattern in speech too – the tongue doesn’t move as far as it should, doesn’t move as quickly as it should and produces subtle changes in speech patterns.” www.sciencecodex.com/new_method_helps_target_parkinsons_disease-102475 ; psychcentral.com/news/2012/11/24/can-parkinsons-be-diagnosed-in-2-seconds/48099.html

–
–
… Early detection of Parkinson’s with only a telephone? Even Michael J Fox thinks it’s a good idea! much love.