With all the recent research about the benefits of dance, the show should be retitled: “Dancing with Parkinson’s“

In a study from the New England Journal of Medicine, Dr. Katzman demonstrated that dancing had the greatest risk reduction of dementia any activity studied, cognitive or physical. Dancing may be beneficial from the active learning combined with physical activity needed to do it – the cognitive benefits may be from rewiring of neural synapses.

While you are dancing, you are making decisions, increasingly your mental acuity and creating complexity in the neural synapses

Pretty interesting, huh? I have a few most specific posts coming up (tango! ballet! even irish!) so stay tuned.

HERE‘s a link to a great organization in Montreal, Canada that offers Dance to people with Parkinson’s

HERE‘s a link to a Dance for Parkinson’s program from The Mark Morris Dance Group, the Brooklyn Parkinson’s Group and the Bronx House Community Center

an aspiring ballerina snowflake in the nutcracker (june 1990)

a snowflake in the nutcracker (june 1990)

The hypothesis is that coffee may act on an adenosine receptor (A2a). A2a, when inhibited, seems to enhance dopamine’s effect on the brain. It is thought that caffeine may inhibit A2a receptors, resulting in increased inhibition and increased effect of dopamine.

This has potential for drug development related to ON/OFF fluctuations and uncontrollable dyskinesias, as a result of dopaminergic medication!

very interesting! what are some of your experiences with caffeine? any noticeable benefits/irritants?

Today I want to introduce an exciting Canadian-wide longitudinal research project that recently started a data collection weeks here in Victoria BC!

The Canadian Longitudinal Study on Aging (CLSA) is a large, national, long-term study that will follow approximately 50,000 men and women between the ages of 45 and 85 for at least 20 years. The study will collect information on the changing biological, medical, psychological, social, lifestyle and economic aspects of people’s lives. These factors will be studied in order to understand how, individually and in combination, they have an impact in both maintaining health and in the development of disease and disability as people age. The CLSA will be one of the most comprehensive studies of its kind undertaken to date, not only in Canada but around the world.

Victoria is now one of 11 sites across Canada (see if there’s one in your area HERE!)

Research co-ordinator Vincenza Gruppuso is part of a team collecting data for a Canada-wide study on aging. Photograph by: BRUCE STOTESBURY, Times Colonist

What does participation entail?

Well, if you are 45-85 years, you may be contacted via random telephone dial. The collection assessment consists of:

This week kicked off brain awareness week… and the people over at sharpbrains.com debunked 10 myths around brain fitness… here are my 5 favourites!

Myth 1. Genes deter­mine the fate of our brains.

Fact: Life­long brain plas­tic­ity means that our lifestyles and behav­iors play a sig­nif­i­cant role in how our brains (and there­fore our minds) phys­i­cally evolve.

(we have some aspect of control and can create new neural pathways – say with exercise for brain change!)

Myth 3. Med­ica­tion is the main hope for cog­ni­tive health and enhance­ment.
Fact: Non-invasive inter­ven­tions can have com­pa­ra­ble and more durable ben­e­fits, and are also free of side effects. 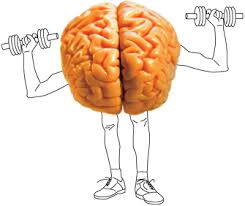 Myth 4. There’s noth­ing we can do to beat Alzheimer’s dis­ease and cog­ni­tive decline.
Fact: While noth­ing has been shown to pre­vent the pathol­ogy of Alzheimer ’s dis­ease, there is abun­dant research show­ing we can delay the onset of symp­toms for years –a very mean­ing­ful out­come which is often overlooked.-

Myth 8. Brain train­ing is pri­mar­ily about videogames.
Fact: Real, evidence-based brain train­ing includes some forms of med­i­ta­tion, cog­ni­tive ther­apy, cog­ni­tive train­ing, and biofeed­back. Inter­ac­tive media such as videogames can make those inter­ven­tions more engag­ing and scal­able, but it is impor­tant to dis­tin­guish the means from the end, as obvi­ously not all videogames are the same.

(yay meditation!… see the benefits of meditation and how to start HERE)

your brain on meditation (mindovermatter.com)

Myth 10. As long as my brain is work­ing fine, why should I even pay atten­tion to it?
Fact: For the same rea­sons you should add gas to your car and change the oil reg­u­larly – so that it works bet­ter and per­forms longer.

Last week I introduced the idea of using a smartphone to detect Parkinson’s (biomarkers, see link HERE), inspired by Max Little’s Parkinson’s voice initiative. This week I want to share some of the apps available to people with Parkinson’s disease…

Medication Tracker: You’ve got the best pill tracker available sitting right in your pocket. Download these two apps for iPhone and Android to manage your daily regime, set reminders and record dosage taken. For Android systems, we fielded this recommendation from Twitter follower, @yopd.

Puzzles: UnBlock Me (Android, iPhone) and Hidden Object (Android) came recommended to us from our Twitter community. “As a recent PD, I use all the puzzle games I can. Hidden Object is a timed hidden object game [that I use],” shared Twitter follower Rod. UnBlock Me is a similar puzzle game where you try to move a red block out of the center of the board.

Twitter: I use this application EVERY DAY to build community, share resources, and learn what’s new in the Parkinson’s community. It can also help Parkinson’s symptoms. keeping your fingers (and brain!) moving! Follow organizations like @ParkinsonsBC, @MichaelJFoxOrg, National Parkinson Foundation or ME (@kaitlyn_roland) to stay up-to-date on research news and advice, as well as engage with the Parkinson’s community.Android, iPhone

Charity Miles: Raising money for Parkinson’s research is as easy as a walk around the block with this app. For every mile you walk, run or bike with the Charity Miles app, the charity of your choice earns money and awareness. Don’t just take our word for it, Team Fox member and Twitter user @RyansHope raved about the app. “[Charity Miles] keeps me moving which helps manage my symptoms,” he said. Android, iPhone

PD Home Exercises: is a video app that have more than 50 exercises you can follow along to at home covering all range of movement and mobility… it also includes a metronome and vibration for cueing training! (iPhone)

Memory, notes, lists and organization: Evernote is amazing for capturing details of your day, organize items from your shopping lists to your travel itinerary. The best part? You can access your notes from any device – mobile phone, tablet or PC because the information is stored in your personal cloud. I use this all the time to store ideas, note for later, and to-do lists!

What are some of your favourite apps – that either help you organize your life, or add some fun to your day?? Please share in the comments below! Happy app-ing! much love.

The connection between yoga meditation and breath techniques and the ability to influence the heart rate has been known to yogis for a long time. New research is catching up and is showing yoga is good for your heart!

Specifically, yoga may be good for a condition called atrial fibrillation (AF). AF is an irregular heart beat where the hearts 2 upper chambers (atria) beat too fast and irregularly. This underlying problem in the hearts electrical circuit can have serious consequences, such as blood clots, stroke or heart failure.

Ongoing research at the University of Kansas Hospital, is looking at the effect of regular yoga practice on irregular heartbeat. Yoga’s ability to influence and change the autonomic nervous system may improve patients control over their heart rate than those who do not do yoga. Stressful situations and emotional moments can trigger the AF patient’s heart to beat more rapidly. Promising results are being seen as researchers are currently monitoring 49 AF episodes while on the yoga regimen vs. regular exercise routines.

… this is important because 1 in 3 older adults won’t escape heart problems !

much love from my yoga-healthy heart.

p.s. Huffington Post’s heart-healthy yoga postures to help you with the sit-and-reach tests

During his last State of the Union address, US President Barack Obama touched on a program called Brain Activity Map (BAM).  BAM scientists hope to map activity of each of the 100 billion neurons in the human brain. BAM will piggyback on the Human Connectome Project (NIH funded) to create a high-resolution map of the major structural and functional connections in the human brain.This initiative is projected to cost more than $300 million/year for ten years and follows the strides in cancer research (1970) and the human genome project of the 90′s.

Using new non-invasive methods derived from nanotechnology, BAM will develop the tools to “listen in” to neurons as they perform tasks. Thus, BAM would bridge the gap in knowledge between single cell research and functional imaging models. Basically, signals sent by every brain cell would be recorded so we can better understand the circuitry of human thoughts, feelings and emotions.

The implications of this project is enormous – from advances in medicine to artificial intelligence! Along with this comes HOPE. Hope that if we can understand the circuitry of the brain, there will be better diagnosis, treatment – even a cure – for brain illnesses such as depression, dementia and even Parkinson’s disease.

Dr. Landis (director of the National Institute of Neurological Disorders and Stroke) commented on BAM in relation to its potential impact on deep brain stimulation (DBS) for Parkinson’s disease. DBS, although effective, “is a very elementary way to influence how circuits in the brain function,” Dr. Landis explained. “It uses electrical current as sort of a brain pacemaker to change the way circuits involved in the disease work. But imagine if we understood in detail how information was processed through the circuits that control movement for Parkinson’s, or emotion for depression, we could potentially develop much better interventions.” (Medscape Medical News)

I think the focus of understanding brain function is phenomenally important and I’m excited to see it high up on the US governments research agenda! However, this initiative still leaves me with 3 thoughts…

1. Are we (technology) up for this task? We invested a lot of hope in stem cells 10 years ago only to see that our current technology is not quite enough to make major strides in this field (YET!). Will we be able to create the technologies necessary to perform this project, store the data, interpret it and apply this research to the populations that matter?

2. Will funding be approved for BAM in March when Congress votes on the 2014 budget. And if so, what does this mean to grant money available for the approx 750 research labs across the US.

3.  What will this mean for scientific diversity? Scientists have different strengths and different interests. Not only do people from different backgrounds choose to investigate different questions, but they may approach the same question in different ways… leading to greater innovation. Science benefits greatly from a community that approaches problems in a variety of creative ways. A diverse community is better able to generate new research methods, explanations, and ideas, which can help science over challenging hurdles and shed new light on problems.

i’m excited to see how this project evolves and advances our understanding of neurodegeneration! Stay tuned.. much love.